Hiroshima, a good old Japanese landscape surrounded by the sea and mountains. The magnificent beauty and nostalgia that can only be found here will surely inspire your creativity.

In addition, there are many film locations for films directed by Nobuhiko Obayashi, such as Kaneyoshi Bus Waiting Area, Rest Area Mukaishima, and Hamanoura Tunnel, and many fans visit nostalgic spots.

Tomonoura, which became famous as the place where Director Hayao Miyazaki came up with the idea of “Ponyo on the Cliff by the Sea” released in 2008, and is gaining popularity as a location for movies and TV dramas.

In addition, it is the shooting location for the Hollywood movie “Wolverine: SAMURAI” released in 2013, and it is said that it was selected from over 50 candidate sites throughout Japan as the port town where the original scenery of Japan remains.

Many harbor facilities from the Edo period remain in the port town, Sakai, and the streets depicted in the town maps of the latter half of the Edo period are almost extinct. The atmosphere of Japan's good old port town, which was selected as one of “100 selections of urban landscapes” and “100 selections of beautiful Japanese historical culture”, will surely create images that will impress the hearts of viewers. 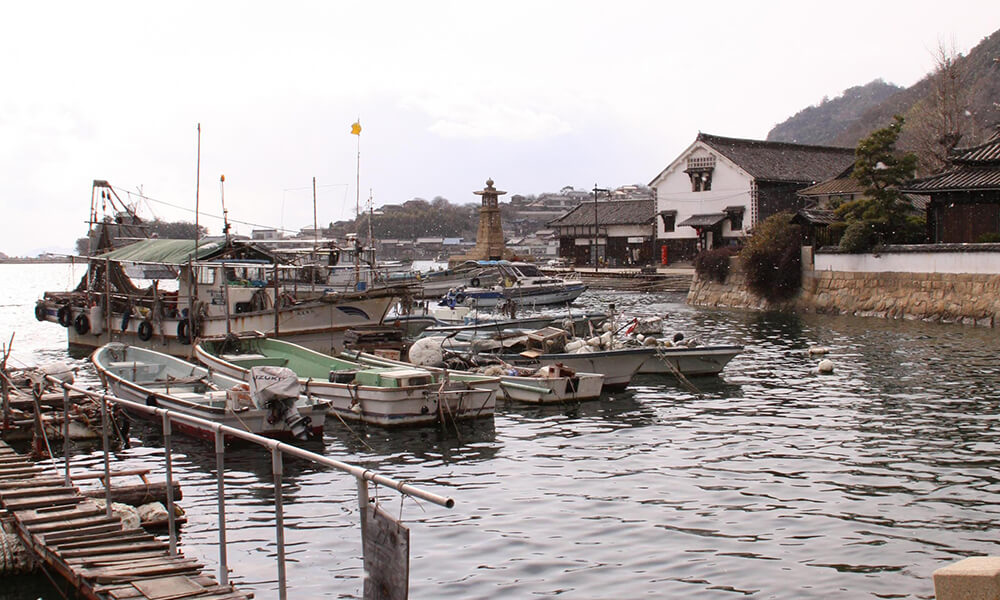 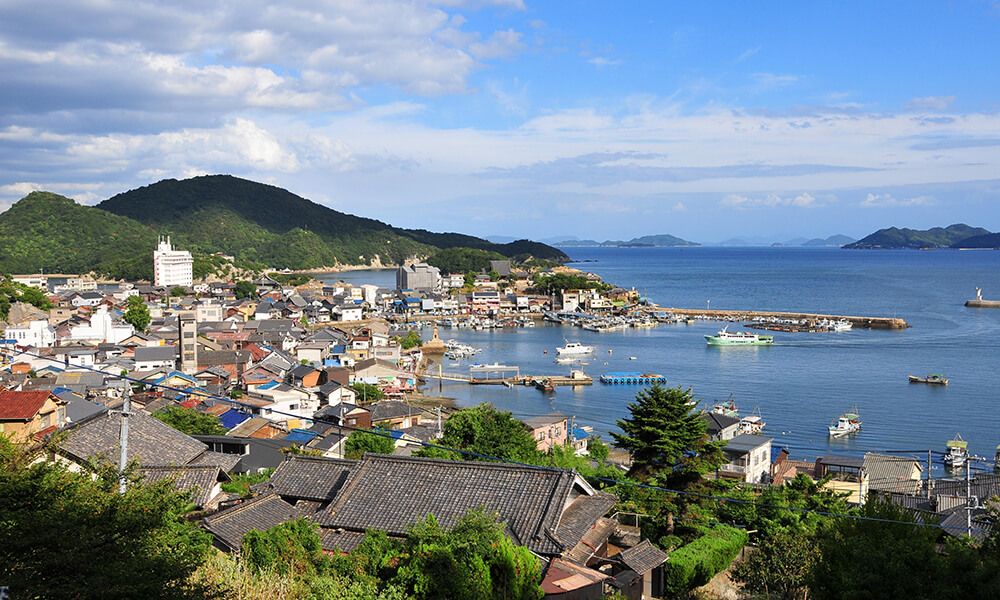 Osaki Shimojima, one of the archipelago in the middle of the Seto Inland Sea. The terraced fields of mandarin oranges spread throughout the island, white flowers in spring, and golden fruits reflected in the blue sea from autumn to winter, creating a beautiful landscape.

In the Mitarai district, there are many buildings that can show the image of Showa from Edo. “Historic Hill Park”, where you can get a panoramic view from the Mitarai townscape to the Kurushima Strait, is a great location.

Yoji Yamada is also the filming location of the movie “Tokyo Family” released in 2013, and the reason for choosing Osaki Kamijima from among the many candidate locations "" Island atmosphere reminiscent of the good times that flourished in tangerine cultivation ".
It also serves as a model for the fictitious island “Iwajima”, the stage of the 2012 movie “Letter to Momo”. 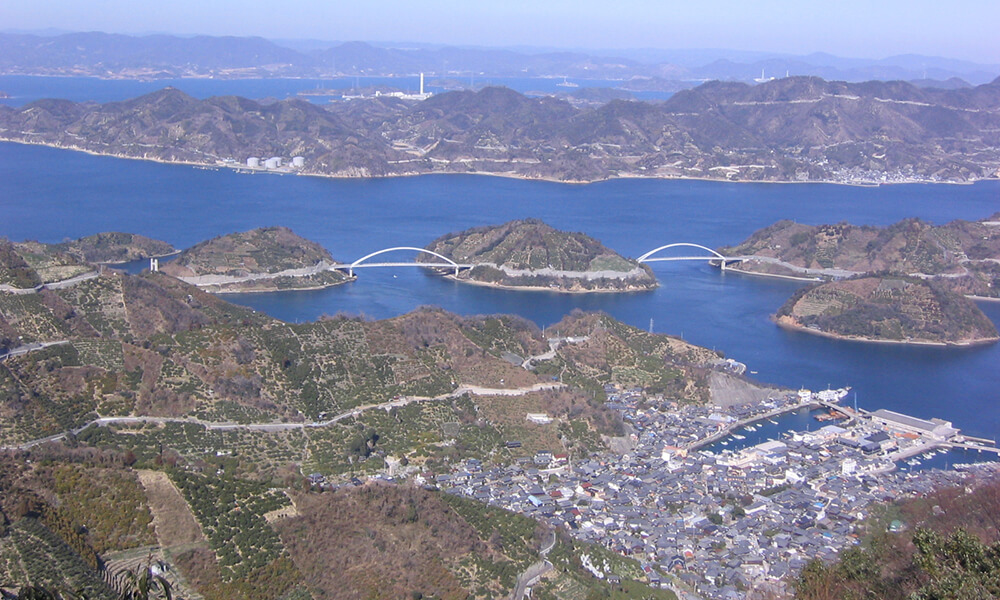 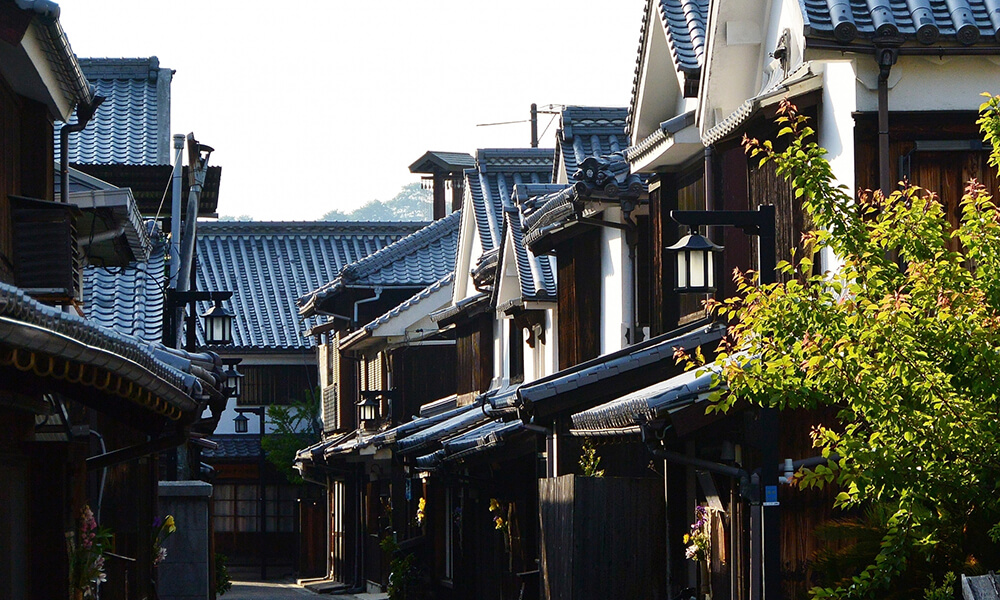 Kure City, located in the southwestern part of Hiroshima Prefecture, faces the Seto Inland Sea and is one of Japan's leading coastal cities, blessed with a mild climate and nature. It is said to be a “natural good harbor” because of its characteristic topography.

Before the war, it was known as the best naval port in the Orient, Japan's No. 1 port, where the “Watching Game Yamato” was built. Kure City, where its taste still remains, can enjoy a romantic shooting of history and culture, including the scenery of Setouchi, historic sites related to the former Navy, and local industries.