Nara, a sacred place where you can feel the origin of Japan, is full of mysterious and natural locations. You should be able to create a magnificent video that will captivate the world.

The park is home to about 1,300 deer sacred as the priest of Kasuga Taisha for a long time, all of which are designated as wild animals and national monuments.
It is a popular place where you can enjoy the greatness of Nara every season.

By the way, when you are surrounded by deer, you can run away by hitting your hand.

Kashihara City was also the location for the NHK TV series "Asa ga Kita". Kashihara Shrine, where the first emperor Jinmu and the empress were celebrated, has a strong presence in the city.

It was built in 1890 based on the description of “Nippon Shoki” that Emperor Jinmu took the throne at Kashihara Shrine in the southeast of Mt.Unebi.
It is suitable for the phrase “Welcome to the beginning of Japan”, and clean and harsh air spreads over a wide area of 500,000 square meters. The beauty of the square filled with gravel is filled with words.

It is one of the “Sacred places in Nara” where many tourists come from distant places as well as locals. 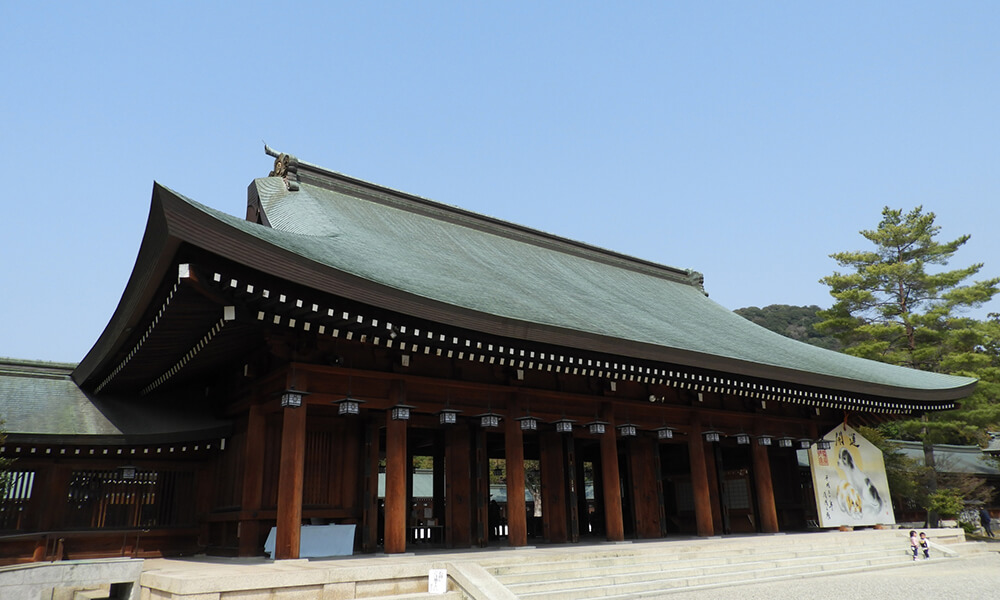 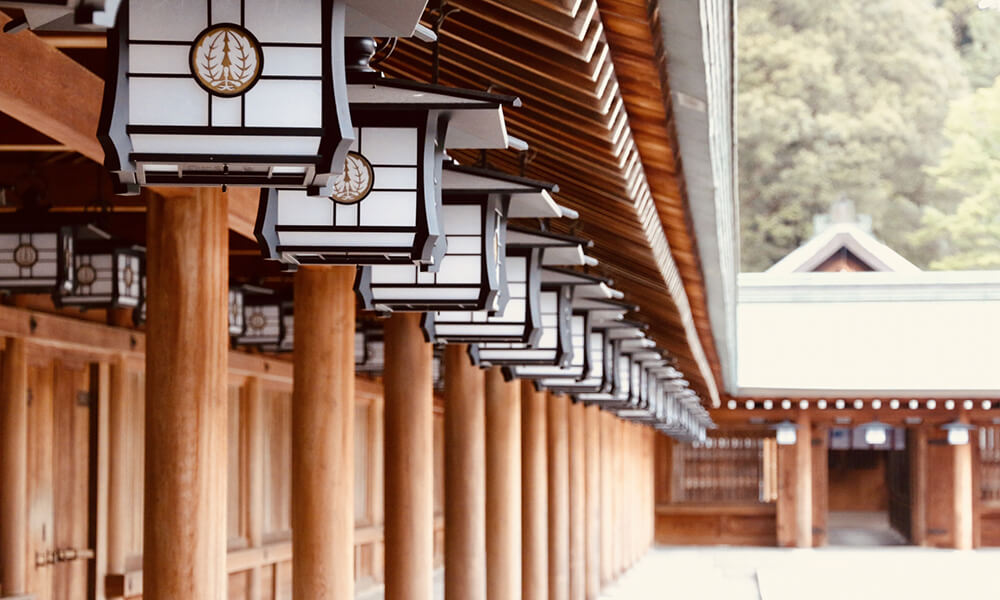 The famous Todaiji Temple with the Great Buddha of Nara is a temple of the Kegon Buddhism Daihonzan that was built by Emperor Shoumu during the Nara period.

It is said that during the Nara period, it was proud of the great Buddha Hall (Kondo), about 1.3 times the size of the present, and two east and west seven-storied pagodas exceeding 70m. Since the Middle Ages, many buildings were destroyed by two fires, and the existing Great Buddha Hall was rebuilt in the early 18th century during the Edo period.

It is no exaggeration to say that Todaiji, which was registered as a World Heritage site in 1998, is the highlight of tourism in Nara. 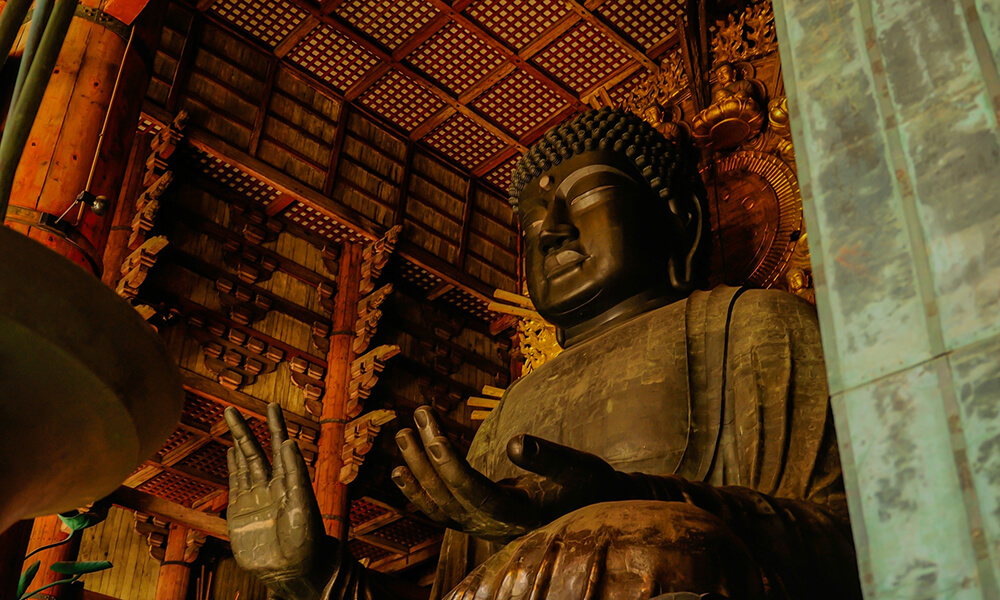 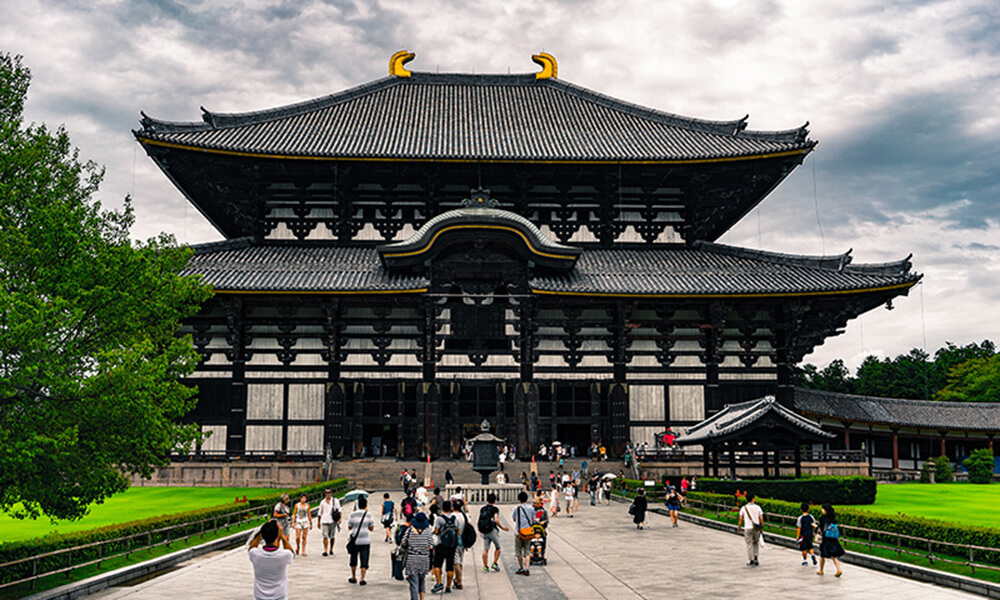 Yoshinoyama, known as the best cherry blossom spot in Japan, is not limited to cherry blossoms! Spring cherry blossoms are over
If you know, hydrangea blooms in summer, and the mountains surrounded by summer fresh greenery are also popular as forest bathing spots.
It is a scenic spot of nature that you will want to visit all year round.

The third photogenic spot in Nara is “Soni Kogen”. Nara Prefecture and
This is a national park located on the prefectural border of Mie Prefecture.
Here, in the “Kashiwa Kogen”, there is a group of Japanese pampas grass as far as you can see, and the silver ears sway in the fall.
It creates a beautiful and beautiful scene suitable for autumn. You can also see the sky full of stars at night!

Nara's 5th photogenic scenic spot is Wakakusayama Yamayaki. Every fourth Saturday of January
It is a major event in Nara that tells early spring that the Mt. Wakakusa at an altitude of 342m overlooking Nara city will be lit and the whole mountain burned.
After a fireworks signal of about 600 fireworks, the mountain grill will be lit all over 33 hectares of grassland. The flaming flames and the mountain that emerges are spectacular when the clear night sky of Nara's winter is dyed red. The collaboration with fireworks is also very mysterious and beautiful.